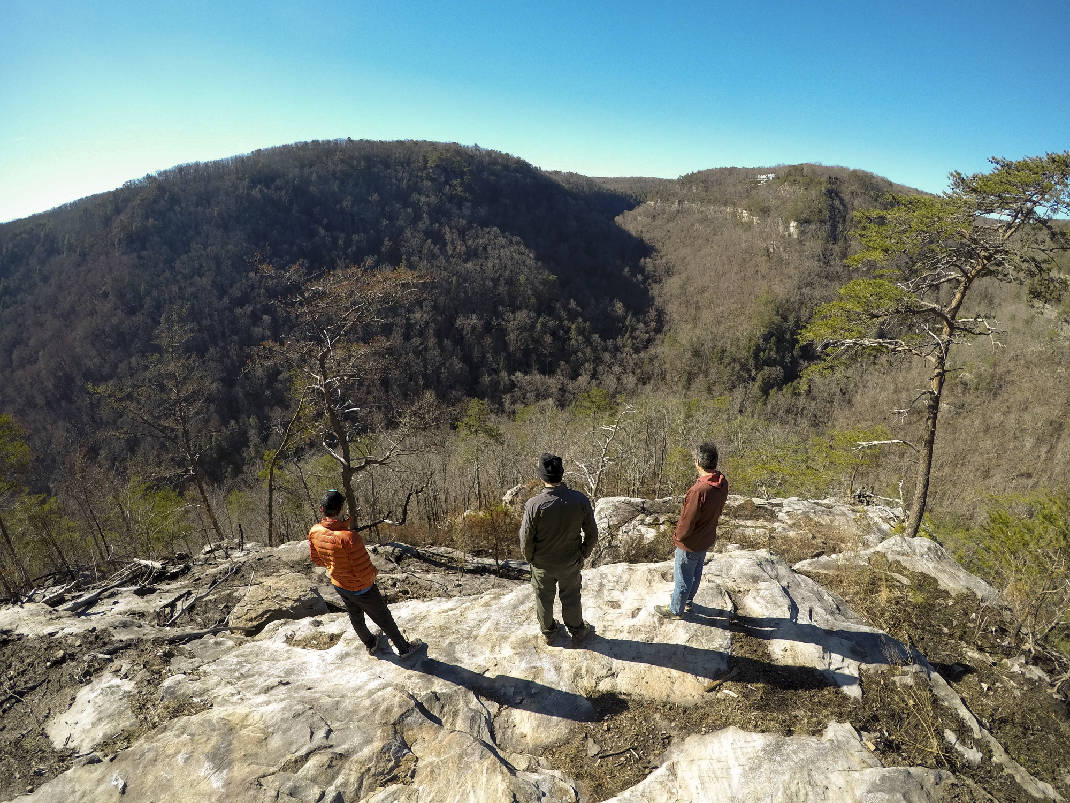 Fire spread here during the fall, and charred tree limbs strewn about the woods are visible reminders of the ecological changes it set in motion.

A certain amount of fire is healthy for the woods, forestry experts say.

Fire, however, is not beneficial for man-made wooden structures, and there is nothing subtle about what it did to a three-tiered stairwell on a steep bluff in the North Chickamauga Creek Gorge section of the Cumberland Trail now set to be rebuilt.

For the second time since 2009, wildfire destroyed the stairs that provide the only safe connection to Boston Branch Overlook for hikers who desire to travel more than two miles from the trail\’s Montlake Road parking lot.

But with the smoke now settled, it\’s up to park rangers and a crew of volunteers to rebuild the stairwell and restore full access to this area known as the Pocket Wilderness.

A nonprofit organization, Wild Trails, which works to build and maintain the Cumberland Trail in Hamilton County, is leading the effort after a crew of Baylor School students hauled in much of the lumber that will be used on the project.

Wild Trails director Randy Whorton, a pair of rangers and contractor Mark Akers inspected the site last week to begin brainstorming about how construction will go.

\”I think it\’s doable,\” Whorton shouted up from the bottom of the former stairwell after using a rope to climb down and inspect the sloping hillside, where a team will work to install the replacement. \”I think we can do it in a couple of days.\”…[READ MORE]